There is a beautiful Vietnamese legend about a lonely philosopher-sage who lived to be 50 years old, was in poor health, he had no wife or children. But once wonderful knowledge was sent to him about one herb, which he took in the form of infusion not one day, but many months, and after his "hair became the color of a raven's wing", his skin - elastic, muscles tightened. Soon he got married, had children, from whom the knowledge about the miracle herb HA THU O became known (which means "Head of an old man of the color of a raven's wing" in Vietam language). Phytocomposition "Polygonum" is created according to an old recipe designed to preserve beauty, health and youth.

In the East, the multiflorous mountaineer is considered a plant that concentrates the vital energy of Chi in its roots. The noticeable rejuvenating effect of the herb has long been used, its property to prevent premature old age, enhance the vital activity of the body, toning it up. The popularity of Polygonum in Vietnam is enormous, it is one of the most famous and used plants in Eastern medicine.

In traditional oriental medicine, the classic POLYGONUM recipe is used:

Method of application and dosage: 1 filter bag 2-3 times a day. The course of admission is 21 days. 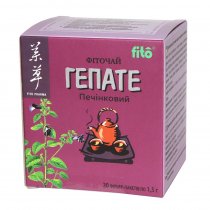