Medicinal plants from the composition of FITOCEREBRALISIN - f have long served the health of people. So, Ginkgo biloba has been used for food in China for the fifth millennium.

Appearing on Earth about 280 million years ago, ginkgo is the only plant of the same name family that survived after the Ice Age, and therefore, it is sometimes called a "living fossil". The first mentions of the medicinal effect of Ginkgo leaves were contained in ancient recipes of traditional Chinese medicine, published 2800 BC. For 300 years before Christ, people in the East appreciated the unique properties of Ginkgo biloba to prevent premature aging. In the West, scientists have studied the effect of Ginkgo in full relatively recently and have established the therapeutic and prophylactic properties of the plant: antioxidant, strengthening blood vessels and improving blood circulation.

FITOCEREBRALISIN-f increases the functional activity of the central nervous system, promotes activation of the cerebral cortex, restoration of disturbed blood supply, improvement of memory and clarity of thought.

The active substances of Ginkgo biloba have an antispasmodic and vasodilatory effect, reduce capillary permeability, normalizing their tone. Ginkgo reduces blood viscosity and thereby improves its rheological properties, is an effective means of preventing thrombophlebitis and rehabilitation of the consequences of coronary thrombosis, ischemic strokes and other vascular diseases. Ginkgo biloba increases the elasticity and strength of the walls of blood vessels and capillaries, prevents fragility, regulates blood circulation and oxygen saturation, improves memory, improves learning ability and concentration. Ginkgo biloba has an effect on reducing the speed of thinking, with increased mental stress, helps to restore impaired (including as a result of age-related changes) hearing, vision, speech functions.

The multi-zone plant has an adaptogenic effect, and also acts as an auxiliary component that enhances and prolongs the effect of Ginkgo.

In traditional oriental medicine, the classic formulation FITOCEREBRALISIN is used:

Method of administration and dosage: 1-2 capsules 2-3 times a day. Reception course: 30 days. If necessary, the course can be repeated 3-4 times a year.

Not recommended for children under 12 years of age.

The product is manufactured according to a traditional recipe with its own extraction of biologically active substances from medicinal plants in the conditions of the global quality standard for the production of pharmaceutical products GMP (Good Manufacturing Practice). This guarantees consistent performance, high quality and safety.

Contraindications: not recommended for children, pregnant women and women during lactation, as well as with individual sensitivity to the components of the product.

PHYTOCEREBRALYSIN - f - CLARITY OF MIND AND SPEED OF THOUGHT

RESEARCH OF THE ADAPTOGENIC EFFECT OF "PHYTOCEREBRALYSIN"

The study involved 40 athletes of various sports qualifications, aged 19 to 32, who were at a training camp in Yalta at the stage of the preparatory period of training loads. The athletes were divided into two groups of 20 people each: 1 (research) group (11 men and 9 women) - persons who received "Phytocerebralisin-F" for two weeks, 1 capsule 2 times a day; Group 2 - control (15 men and 5 women). The examination of athletes was carried out before the start of the course of taking the drug and immediately after its completion.

When examining athletes, the following methods were used: measuring the level of mental activity during training and competitive loads. After the assessment by the patients, the summation of the points and the quantitative assessment were carried out in three directions: well-being, activity, and mood. Also, the following items were added to the above items: appetite, energy, ability to work, dizziness, sweating, sleep, determination of the ability to concentrate, which was assessed by the time to complete the task in seconds, the eight-color Luscher test with the determination of anxiety and stability of the emotional sphere of mental activity, situational test Spielberger's anxiety, determining the speed of neuromuscular transmission using a taping test, determining the presence of a syndrome complex of acclimatization and maladjustment disorders (headache, weakness, deterioration in well-being, weakness, drowsiness, etc.), determining the morning pulse and measuring blood pressure in the state rest and ECG.

In the control group of athletes at the end of the study, the resting pulse, systolic and diastolic blood pressure increased, which is a sign of the development of fatigue processes at the end of the study; this is also indicated by a decrease in SAN test scores, appetite, subjective feelings of energy and work capacity. Also, at the end of the study, the athletes in the control group had an increase in the stress index after the orthopedic test, which indicates an excessive activation of the sympathetic nervous system; this is confirmed by a decrease in the indicator of the variation range and an increase in the total power of the regulation systems. According to the ECG study, the development of fatigue processes is evidenced by an increase in the difference between the QRS and T angles, an increase in the rate of myocardial fatigue and a decrease in the rate of metabolic supply of the myocardium. In addition, several athletes developed sleep disturbances. So, the analysis of the dynamics of indicators in the control group testifies to the development in athletes under the influence of training loads of high intensity of the processes of maladjustment, overwork and overload with activation of the sympathetic nervous system.

In the group of athletes who received "Phytocerebralisin-F", the following changes in the studied parameters were observed: the pulse rate at rest, systolic and diastolic blood pressure practically did not change during the study, the indicators of the SAN test also practically did not change, appetite, energy, work capacity, time the Schulte test performance practically did not change, the indicator of the amplitude of the mode in the VPM decreased, the index of stress at rest decreased, there was a tendency to an increase in the number of high frequency waves and a decrease in the number of low frequency waves, which reflects an increase in fitness and the absence of fatigue. The ECG results indicate the absence of cardiac overload, an increase in myocardial reserve. For those athletes who had sleep disorders, sleep returned to normal. So, in the group of athletes who received the study drug, there are no processes of overwork and overload, the activity of the parasympathetic nervous system has increased, which characterizes the growth of fitness and adaptive potential.

When interviewing athletes who received the drug, it was also revealed that they did not have a syndromic complex of acclimatization and maladjustment disorders, and 8 of them noted that they had always had these symptoms during their previous visits to Yalta, Crimea. 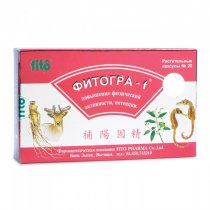